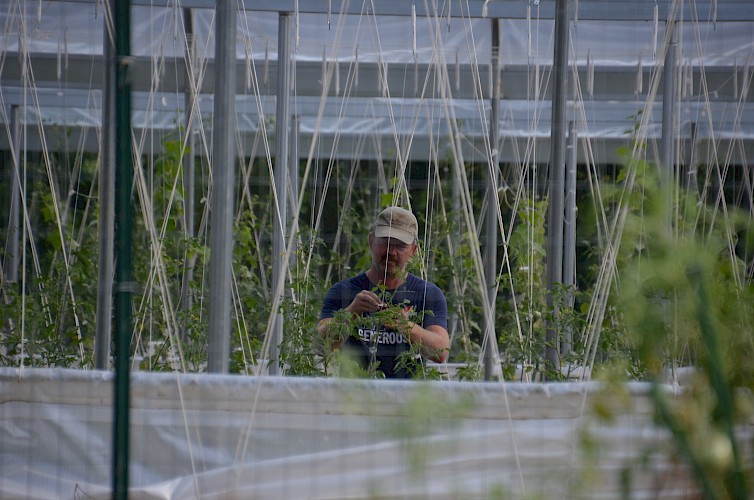 St. Joseph Center has always worked to be a sustainable farming operation. It began as a 720-acre tract in 1907. St Joseph Center was designed by renowned architect, Charles Thompson and completed in 1910. This beautiful 56,000 sq. ft. building sits on land that has been farmed for more than a century. The Catholic church of Little Rock created an orphanage which doubled as a self-sustaining farm. The Benedictine Sisters of St. Scholastica ran the orphanage, school, nursing home and daycare. During World War I, there was a housing need for soldiers; therefore, St. Joseph became the Belmont Hotel from 1917 to 1921 and the nuns and children were moved downtown. After the war, the nuns took back the grounds until the 60s when foster care was more prevalent than an orphanage. In 1978, the orphanage closed and became a day care.

In 2008, the Diocese of Little Rock announced that St. Joseph was closing and that the property would be sold. This news prompted the creation of St. Joseph Center of Arkansas (SJCA), an independent non-profit organization with the mission to save and revitalize the property. In 2010, SJCA signed a 50-year lease and assumed all fiscal and management responsibilities for the property.

Today, St. Joseph Center is a 63-acre property including a community garden, a hunger relief garden, a retirement home garden, a pollinator garden, three high tunnels, a pasture of cattle and a farm stand. It is on the National Register of Historic Places and St. Joseph is also a designated Arkansas Department of Agriculture Century Farm.

Sandy DeCoursey of St. Joseph said they honor the Catholic heritage but don’t base what they do on religion.

“The sisters welcomed one and all and we keep that spirit,” said Sandy. “You can feel the essence of history on the hollow land.”

St. Joseph focuses on communities but really capitalizes on the history of the center by reaching out to children the community, finding the children’s strengths, registering that as a talent, and showing them how to use it for good.

“We want to work with kids in our communities who don’t believe they have value,” said Sandy. “We want to show them the talent they have and how to use those talents to help others.”

The St. Joseph farm stand is open every Saturday and sells all local, Arkansas Grown and Arkansas Made products. Find more information on their Facebook page St. Joseph Center and St. Joseph Farm Stand or at https://www.stjosephcenter.org/.